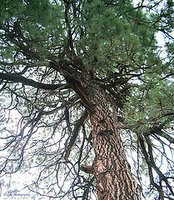 (Please Note: This is a re-post. The original post disappeared in the ethers somewhere . . . one can only wonder.)

Haiku (hi-coo) poetry, the history of which begins in the last years of the 19th century, is originally derived from the Japanese form of writing seventeen syllables in three lines, with the intent of noting separate and otherwise unrelated observations to create a picture that demonstrates unseen connections. The end result is meant to create a flash of insight or illumination. Your ahaa! could be different than mine.

In Zen Buddhist practice, Haiku is a contemplative form used to demonstrate ‘clarity’ of the mind, not to be mistaken for an ‘empty’ mind. The Taoist symbolism of the oriental mystics and Zen-Buddhist masters expressed most of their thoughts in the form of myths, symbols, paradoxes, and poetic images like Haiku. Traditionally, Haiku also includes reference to a season.

My introduction to Haiku came when I began my master’s study at Naropa University. Naropa is a Buddhist inspired institution of higher learning in the Tibetan tradition, founded by Chogyam Trungpa Rinpoche. At convocations, the President of Naropa would give a teaching, and in the process, he would involve the entire student/faculty body to make up spontaneous Haiku verse.

He would usually provide the first line, then anyone could stand up and deliver the second line, and a different person would add the third. It was stunning to see what three separate people, who had likely never met before, and certainly hadn’t conferred previously, could put together in a matter of less than a minute!

It was, and is both exciting, and frightening all in the same breath. It makes one want to enter into the creation of poetry, yet also has the effect of invoking the fear that what spontaneously comes out will not be okay. It really puts a person on the edge of what we call ‘thinking on our feet.’ It is the ultimate training for a mental warrior, which is exactly the purpose behind the practice.

The regular practice of writing Haiku can take a fuzzy, confused, and also a lazy, meandering mind, one that only thinks in a certain way, and turn it into a sharp, precise instrument to see through the illusions that life presents us. It can help train our mind to hone the skill of not adding unconscious emotional content to what we see and view.

The Hiaku poet need not ponder for long moments about what to write, but simply writes what is right in front of him/her. It’s a very crisp exact form of describing the physical world in words that are not laden with meaning or interpretation, but which are only observations that, in the end, lead to insight.

In many ways, this is a fun way to practice observation, just saying what is so without all the extra emotional attachments we usually add. In such a case then, a snake is merely a snake, a tree a tree, and the car coming down the road or up the street, is no more than that. The snake does not have evil or fear attached to it, the tree a sense of awe, or the car, a shiny new value. In another way we could say that value, worth and judgment have no place in Haiku as these are actually mind projections that we add to the snake, the tree, and the car.

The formal and classic Haiku of the Zen tradition, follows a strict form of three lines, with the first and third line made up of five syllables and the second one seven, thus encompassing a total of seventeen. In its simplicity and clarity of observation, the Haiku creates a clear image, sometimes a brilliantly clear image that provides insight. It forces all extraneous thoughts from the mind to focus on what is so, that which is in front of our eyes.

So for instance, if it is a house that is in front of me, I would not say, “The warm, friendly house” as a first line. Instead, it would be more like “The house on Oak Street”, or “The brown house with windows.”

Haiku can be like popping corn. Once you begin to feel the rhythm, the lines keep coming. Children are great Haiku poets and love it. It can leave one feeling exhilarated and fulfilled. It is a great way to practice experiencing eustress, and the means to come down off of a high adrenaline rush, and thus training the mind to handle stress in a positive way.

At the end of this article, I have included several educational sites that have lesson plans and extensive resources to introduce both children and adults to Haiku. Haiku is a great form to interact with the entire family at the dinner table, to use as a game to play, and add to doodle art that many people love to create.

There are some very famous Haiku verses. Basho is likely the most famous Haiku poet, and here is an example of one of his verses, first in Japanese to demonstrate the 5-7-5 count, then the translation in English.

as I clap my hands
with the echoes, it begins to dawn --
the summer moon

In the Taos writing workshop with Sean Murphy and Tania Casselle, we stay with the seventeen syllable Haiku form. On the first day, we gather after lunch to go to the D. H. Lawrence Ranch, which is now a conference center owned by the University of New Mexico, and the last resting-place of writer D. H. Lawrence, born 1885 — deceased 1930.
There is a lot of hoopla about his remains, and a Hollywood-style hype about how his ashes got to New Mexico from where he died and had been buried in southern France. The story goes that his wife Frieda von Richthofen brought his ashes back to Taos and had them mixed with sand, cement and water to make an altar which was then set up in a specially built chapel that we are about to visit on this day.

Then there is the additional story about his ashes. The one that involves a difference of opinion of the three women who it is said competed for his attention, namely Mabel Dodge Luhan, a close friend from Taos, who gave Lawrence the one-hundred sixty acre ranch in return for the manuscript "Sons and Lovers," Dorothy (Lady) Brett, a painter who lived in a separate cabin on the ranch, and of course Frieda, his wife.

It was Frieda’s plan to have Lawrence’s ashes placed in an urn in the memorial building that is also present on the ranch. But Lady Brett and Mabel Dodge Luhan preferred to scatter the ashes over the ranch. So, it is said that Frieda dumped the ashes into a wheelbarrow containing wet cement and exclaimed, "now let's see them steal this!" The cement was used to make the memorial's altar that also displays Lawrence’s symbol of the phoenix above it. Frieda died in 1956 and she is buried just outside the chapel.

We use cars rather than camels to caravan north to the ranch, a trek that takes us onto a steep and winding dirt road. When we arrive, we are at ranch headquarters and the place of a small three-room cabin where Lawrence used to write the likes of literary classics such as “Women in Love” and “Lady Chatterley's Lover.” It is said that he also wrote his biblical drama, "David" and parts of "The Plumed Serpent" during his last visit to the ranch April through Sept. 1925.

Lawrence was greatly influenced by the land of New Mexico. Of it he said, "I think New Mexico was the greatest experience from the outside world that I have ever had. It certainly changed me forever......O, let me get away! But the moment I saw the brilliant, proud morning shine high up over the deserts of Santa Fe, something stood still in my soul, and I started to attend."

Standing on this land where he wrote, one can easily understand that it would be life altering to live here, or even just to stay for a week. It is at the high desert elevation of 8,600 feet, and is well beyond the likes of civilization, presenting the possibility for one to get in touch with the more feral side of life, as if Mt. Lobo Peak behind the ranch were a shamanic influence.

This land also called to the likes of Georgia O’Keeffe, who painted the renown redwood tree that still stands twenty feet from the porch off the kitchen of Lawrence’s cabin. The tree is still known as the Lawrence Tree. O’Keeffe’s painting of it is now owned by the Wadsworth Antheneum in Hartford, CT.

In Lawrence’s words, the Lawrence Tree is, "The big pine tree in front of the house, standing still and unconcerned and alive...the overshadowing tree whose green top one never looks at...One goes out of the door and the tree-trunk is there, like a guardian angel. The tree-trunk, the long work table and the fence!"

If my memory serves me correctly, Lobo Mountain is also the place that Clarissa Pinkola Estes wrote “Women Who Run With The Wolves.” Whether or not she wrote it on this particular land is a question I do not have the answer to, however it is also known that faculty and alumni of the University of New Mexico have cabin priviledges here.

Leaving the cars in the parking lot of the headquarters, we walk around the side and back to the Lawrence cabin. The west wall is adobed and features an aged yet striking picture of a buffalo painted in 1934 by the Taos Pueblo artist Trinidad Archuleta — physical evidence of simultaneous reverence and esteem, and of now unspoken relationships.

We continue around toward the south side, carrying our bags, writing books, pens, water bottles, and cameras. The group gathers by the huge trunk of the ponderosa pine, its bark very coarse and reddish brown. We also peek though the windows of the cabin. An afternoon storm is moving toward us from the northwest and it begins to sprinkle. Some of us seek shelter beneath the roof of two small porches, the others open their heretofore hidden umbrellas or put on their slickers.

On one porch there is a very large rocking chair that has no seat to speak of, but just a few narrow boards with large gaps between them to offer a place to sit. Behind it is a large O’Keefe poster, adding her inimitable wild and colorful presence to the primitive homesteader’s cabin made of hewn ponderosa pine logs cut from the land and covered by an adobe plaster mixture of mud, straw and water.

Here, in this setting we write Haiku with the rain gently falling, thunder in the background, a view directly south toward the valley and the mountains on the other side, a vast and varied western landscape before us — and the always present, Lawrence Pine in front of our eyes.

In that vein, the following Haiku pieces are the collective offering that we created in this setting. Remembering that there is always a lively discussion about whether the poet stayed within the parameters set, feel free to check ours out. We did not always agree, just as it is also reported that the great masters themselves had different views.

I wish to thank the writers from the group who contibuted their Haiku for this article. They are GemFireAir's first guest writers, a feature I hope to make available on a regular basis in the future. Here are our efforts.
con amore,

Rain falling down, down
pink and white umbrella up
writer underneath
— mek

The World of Haiku: Introduction (grades 6 & 8)
HAIKU for PEOPLE
The Japanese Haiku Masters: Links, References, Resources
You Too Can Haiku (This lesson is particularly suitable for grades K-4)
Haiku; Resources for Understanding

* additional photos of the D. H. Lawrence Ranch are located in the photo gallery